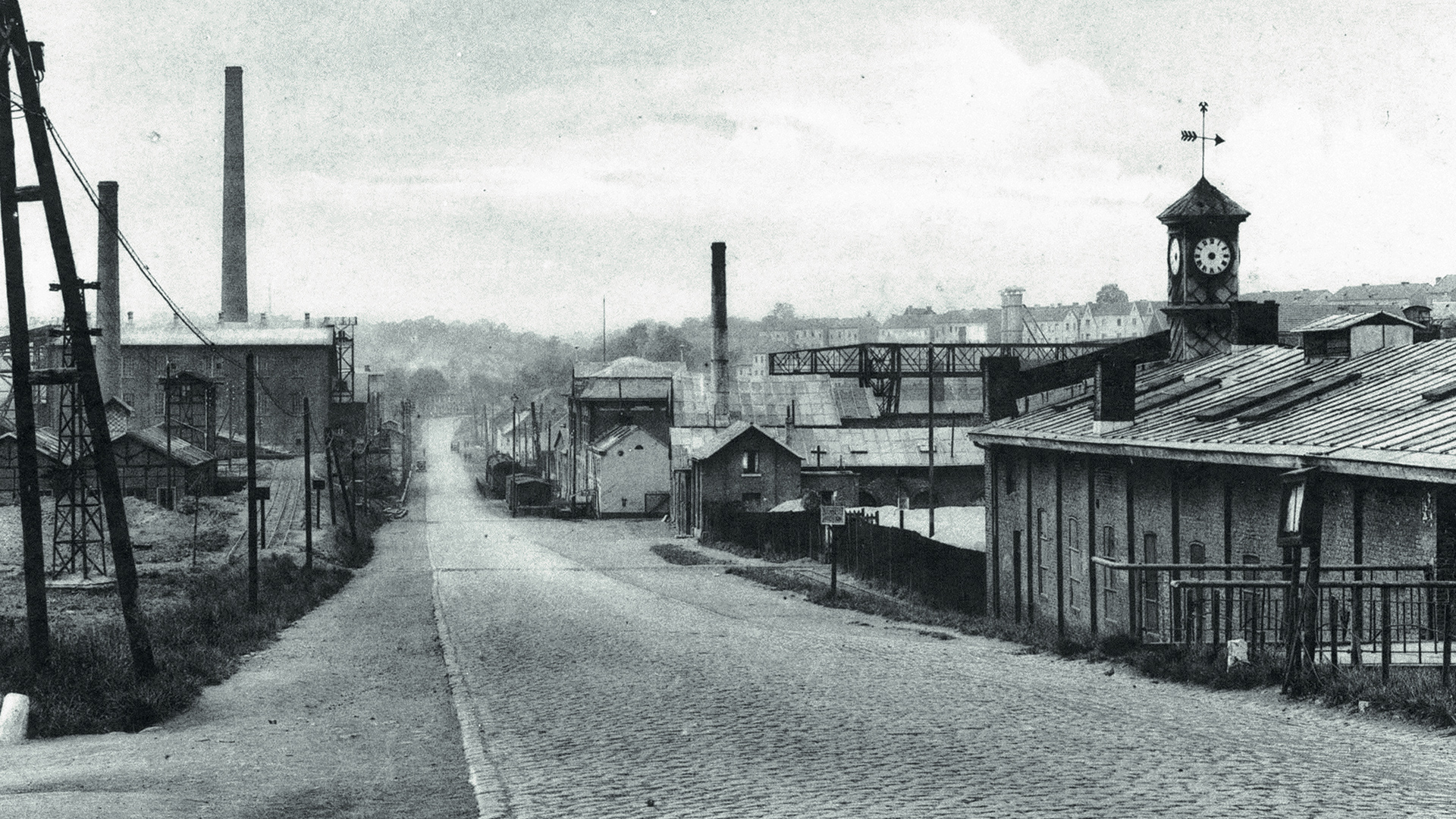 Picture: View on the “Pavei”

Once at the crossroad, the view on your left hand side is the straight road called “Pavei”, which used to be full of industrial hustle and bustle a mere 150 years ago. A picture from 1828, taken at this exact same spot, gives a sense of the zealousness of those times. The total zinc production of the “Vieille Montagne” rose from 3,631 tons in 1840 to 60,846 in 1900. The company became the largest zinc producer of the world. The furniture store Adler was built on the fundaments of a production hall. The manufacturing of concrete blocks from slag (commonly known as the “ash mountain”) was one of the last activities to be performed in this hall.

11th station:
Follow the Lütticher Straße in direction of Aachen to the old administration building.