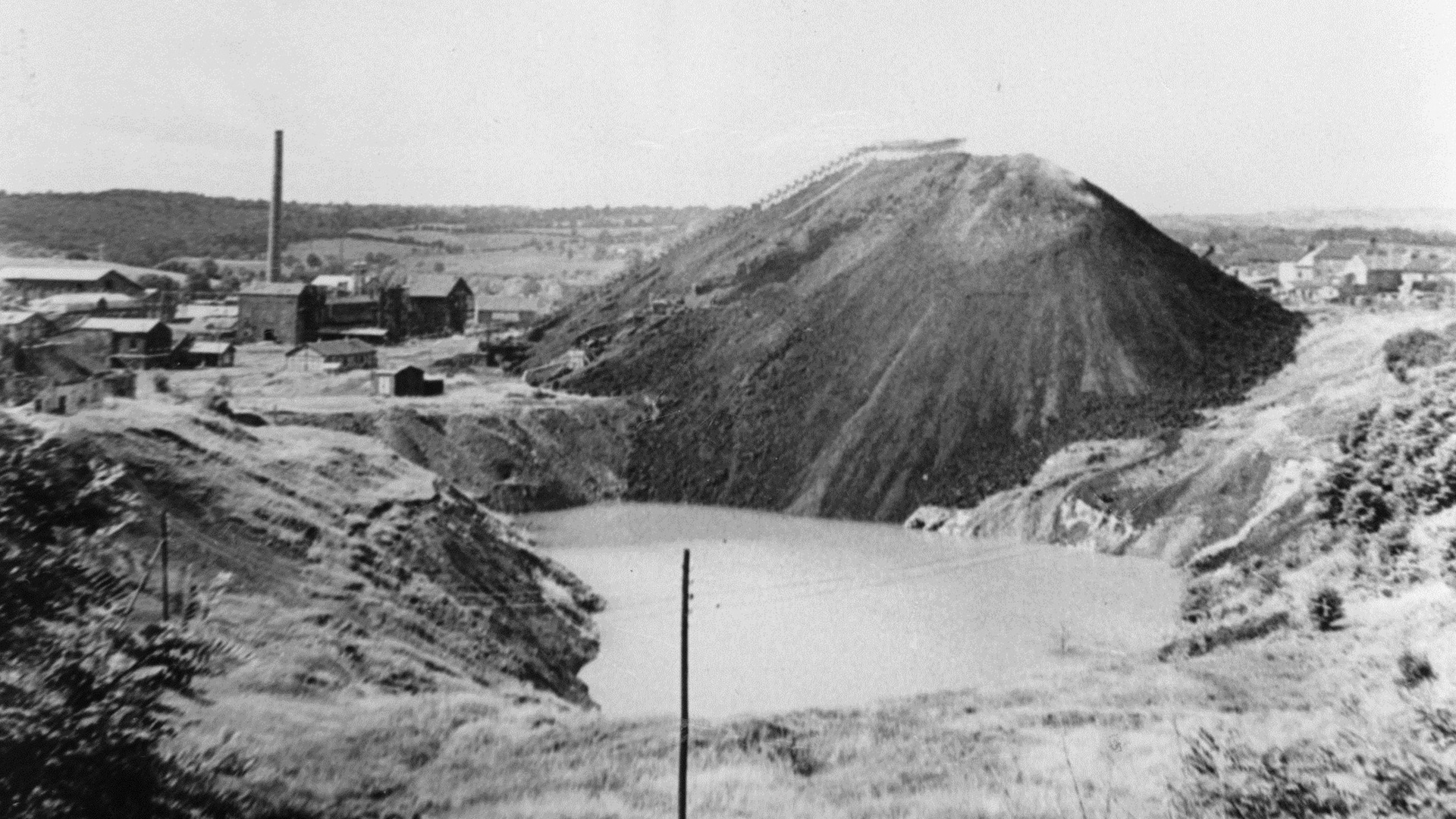 Picture: This mine shaft was commonly known as “Coul”.

What was the amount, in tons, of the total zinc production of the “Vieille Montagne” in 1905?

The site of the “Coul” was the northern part of the mine, a surface mining site. Until 1439, it was called the “Vieille Montagne”, the “Old Mountain”. This northern site was the most profitable of the local zinc mine, up until its depletion in the year 1858.

Kelmis’ mines were at times considered the richest source of zinc in Europe. After its abandonment, the northern site was backfilled with waste material still containing zinc (11%). In the following years, these residues were used to produce zinc oxide. During the 1960s and 1970s; the “Coul” was filled with all sorts of materials to be used as a fairground.

2nd station:
On the “Coul”-site, follow the slope to the bushes, where you can see slag rests.