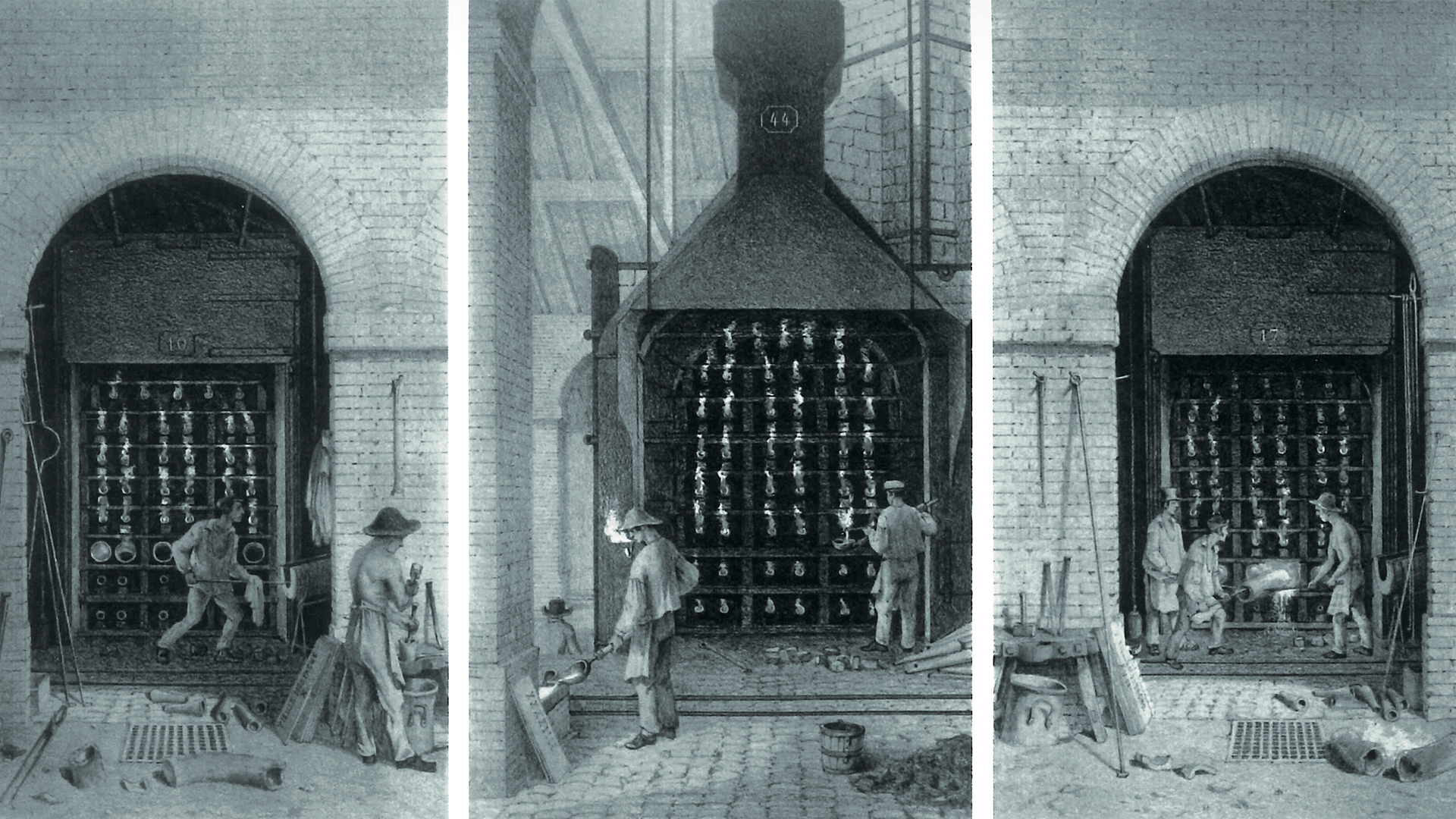 Picture: A view of the inside of the reduction furnaces.

How many companies in ten different european countries belonged to the “Vieille Montagne” in the year 1910?

This building from 1910 was the head office of the administrative unit of the “Vieille Montagne”. The company was founded in 1837. On the left side of the building, you can see a tower-like structure on the former coal storage of the Reinartz Company. This tower is what remains of the so-called “poison mill”, where the not utilizable mining residues were used to produce zinc oxide, which was later turned into paint. Behind the administration building, which was later used as a railway station, there are still remnants of roaster boilers that were put into operation as early as 1816. The coal-fired ovens functioned the same way as a lime kiln. A progressive industrialisation of the smelting began with the establishment of the “Vieille Montagne”. Thanks to important investments from the company, which operated in all of Europe, eight reduction furnaces were put into operation.