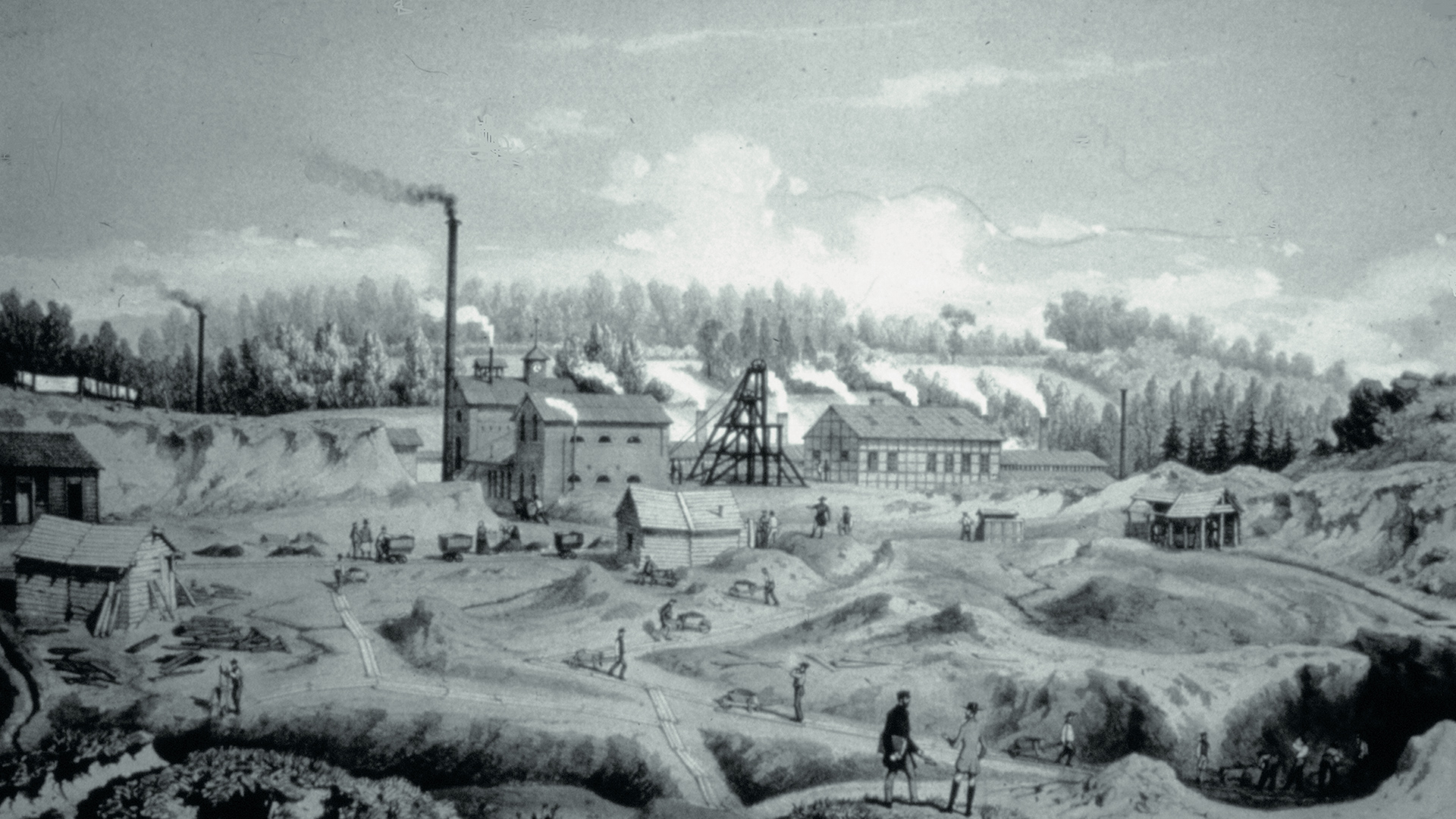 Picture: A view from the “Putes” on the factory, 19th century.

How many employees did the “Vieille Montagne” have in 1857?

3rd station:
Leave the “Coul”-Site at the Krickelstein Street and follow the path (called “Putes”) to the Bruchstraße. Follow the Bruchstraße until you are on the Lütticher Straße.