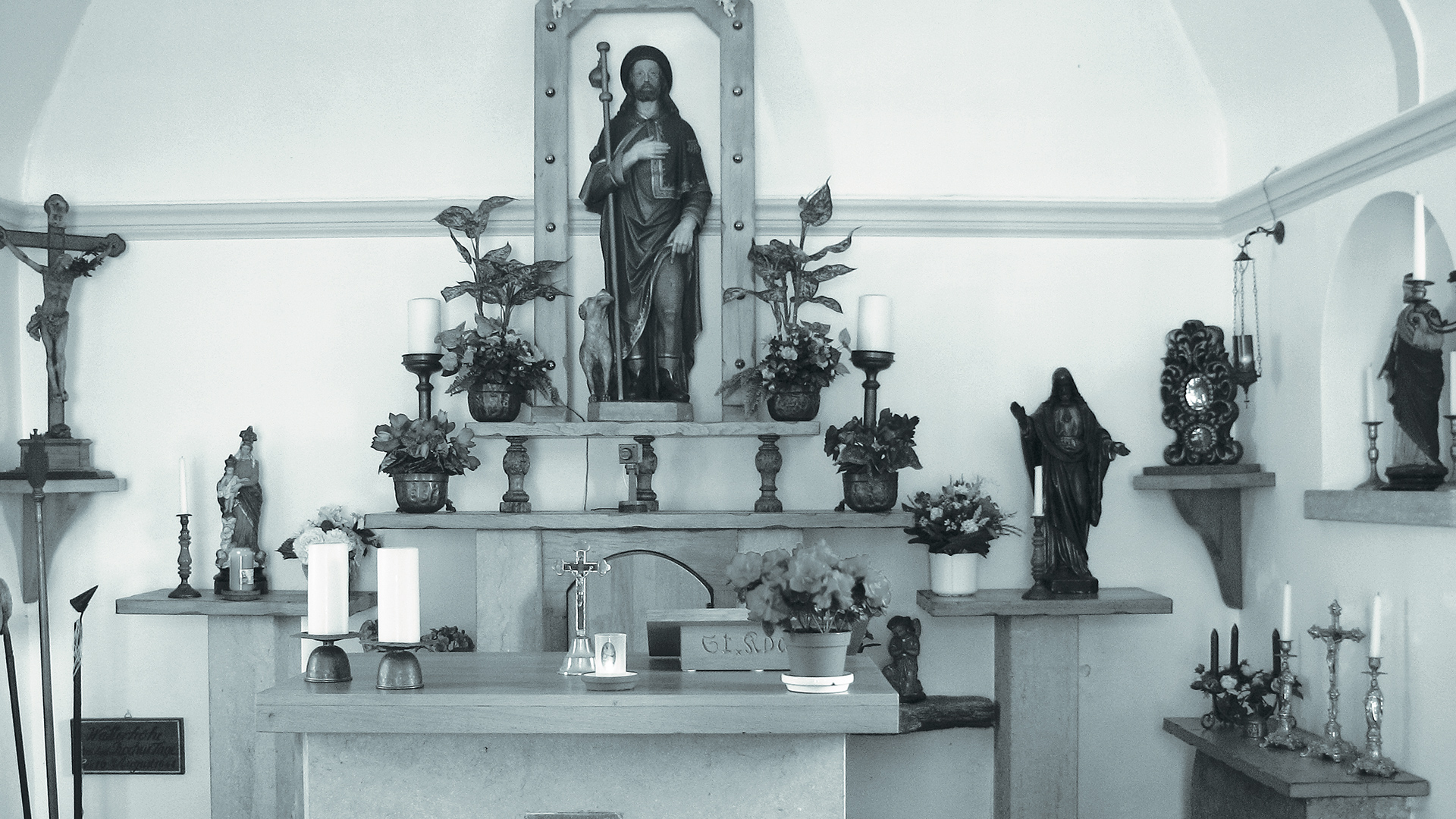 The Rochus Chapel was already known around the middle of the 17th century. It was the first place of prayer of the mine. The surrounding farmsteads, some of which are still in good condition, constituted the first town centre of Kelmis. This hamlet, called “int Dörp”, had thirty inhabitants in 1445, including at least one miner. In 1469, eighteen mineworkers lived here. (The signage of the Via Giulia provides further information.)

6th station: :
Go up the road “Schnellenberg” and past the Country-Club, in direction of the Semmel farm. At the marked turnstile, cross the meadow up to the signpost, then go to the ruins of the “Schmalgraf” mine.